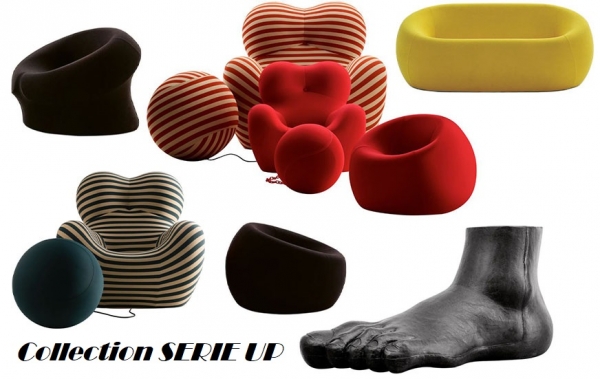 Gaetano Pesce is an Italian sculptor, designer, and architect. He studied architecture in Venice, one of the most beautiful and romantic cities in the world, at IUAV (Istituto Universitario di Architettura di Venezia), where later became a teacher to other great artists, among whom were Carlo Scarpa and Ernesto Nathan Rogers, just to name a few.

In 1962, he started his career as a designer, collaborating with Italian producer company B&B Italia, one of the leading Italian companies on the international arena creating design furniture for home and public spaces.

The armchair Up 5 is the most famous of the collection; the design was inspired by the goddess of fertility to express a personal manifest on women’s political condition in modern society, instantly becomes an iconic industrial design object known worldwide! The armchair is accompanied by an ottoman Up 6 of perfectly rounded shape.

Furtherly, he enlarged the Series Up Collection, which now is composed of: 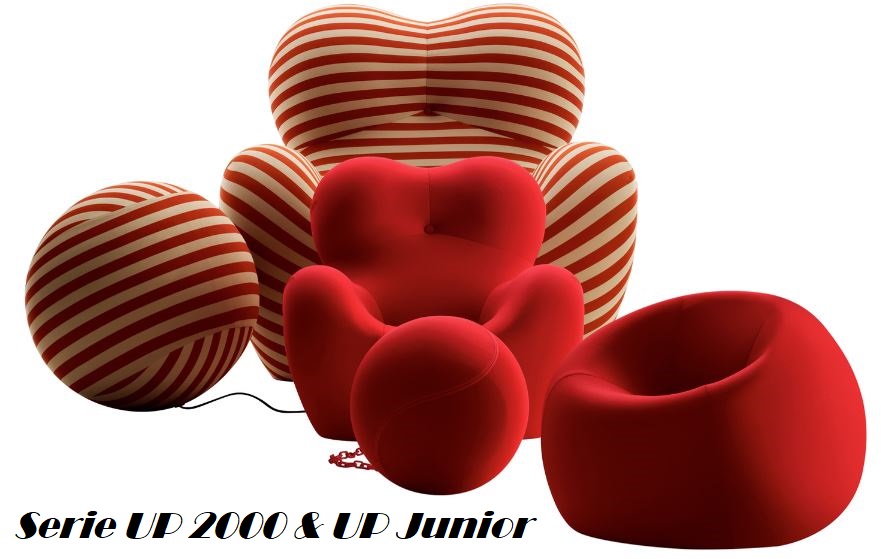 - The sofa Serie Up 2000 – was designed the same year, in 1969, a fragment of contemporary art to be offered to a wide audience; its realization was possible thanks to the B&B Italia extensive technological know-how in terms of polyurethane injection molding, a technology allowing to produce any size and form of upholstered items. 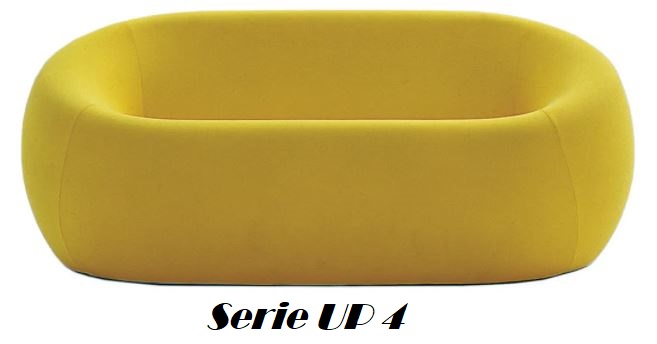 - The armchair with ottoman Serie Up 50 – made to celebrate 50 years of its design, wearing a special covering in beige/petrol green stripped fabric Soara 140. 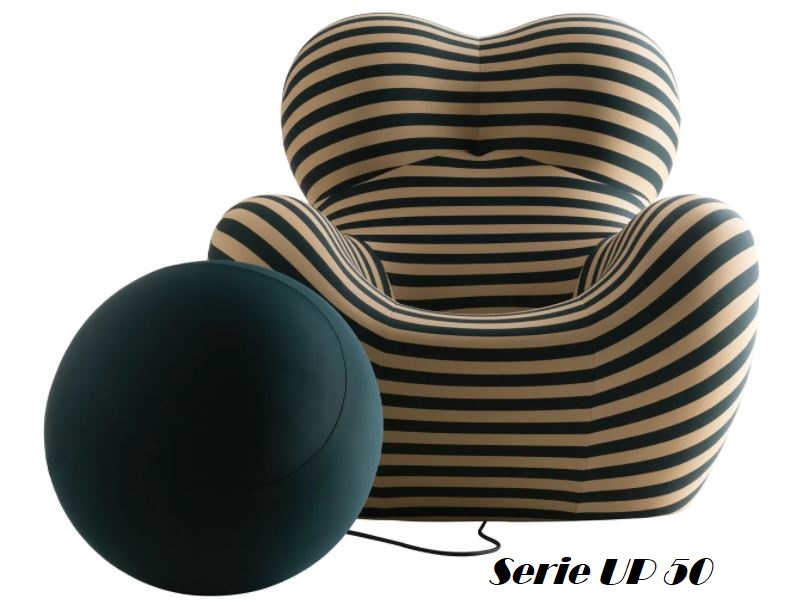 - The armchair Up Junior (smaller, for kids and teenagers)

- The low-back armchair Up 1, by shape reminding a red blood cell; completed with a pouf Up 2, another armchair Up 3, and a 2-seated sofa Up 4.

- The last one is a gigantic foot Up 7 – thought to be multifunctional – first as a sculptural decorative object but also used as a seating (it is also made of polyurethane foam, like other objects from the collection). 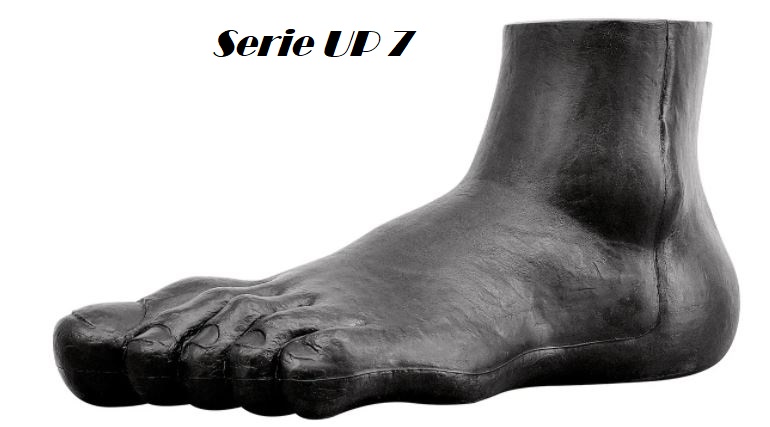 All items are upholstered with unicolor or striped elastic fabric; except the giant foot which is made of polyurethane foam varnished black.

You can see all details of the collection on the website of the producer company B&B Italia: www.bebitalia.com .