A small history of the PEPLUM/BASQUE DRESS 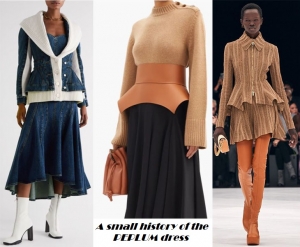 Looking through historical archives and books on fashion history, we encounter this silhouette dress on ladies of high society in France from the XVIII century. But true popularity it gained at the court of the English Queen Victoria when ladies started to sew it over the dress body top. Then for a long time this silhouette was forgotten. 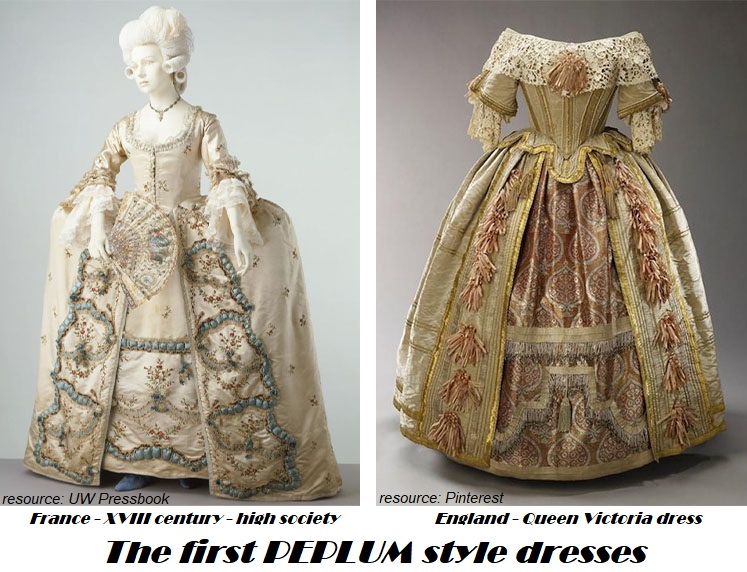 It was reborn in the Forties of the last century thanks to Cristobal Balenciaga, being of Spanish origins, he used this application detail (called later “basque”), which to be honest, was a detail applied on men garments from the region of Basque, in Spain. Later, in 1947, Christian Dior borrowed this element to create his timeless “New look” style dress. Since then, a dress with such application detail was mainly associated with these two big couturier designers. Today it has a new vibe, more statuary and architectonical, and one of the most recent designers that brought the BASQUE/PEPLUM dress on-trend in the Fashion House Givenchy, look at the runways for SS-2022 ready-to-wear collection. 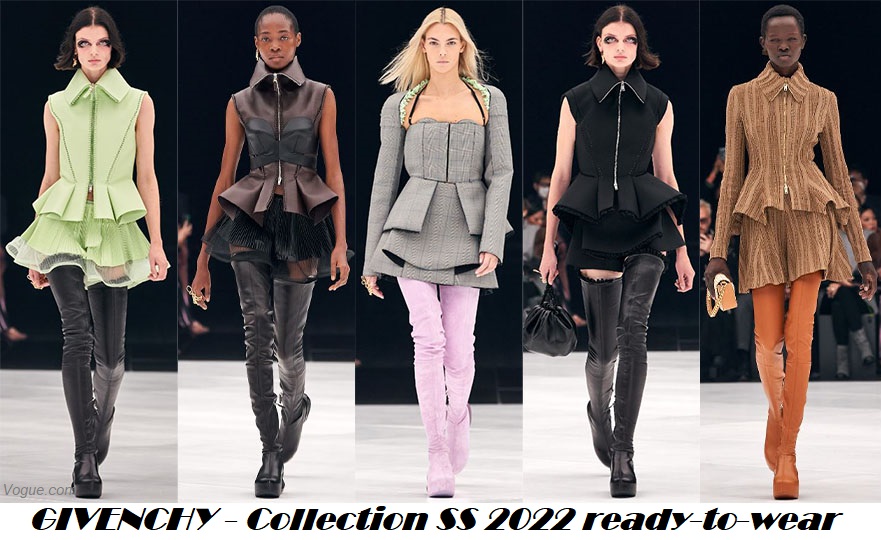