FLOU - The Culture of Good Sleeping

The Italian producer FLOU, who introduced the concept of uniting great design and good sleeping, was founded by Rosario Messina (and his partners) in 1978 at Meda, a city on the North of Milan, a company which he will own entirely, with the purpose to create beds of elevated comfortability, quality, and unique design style. 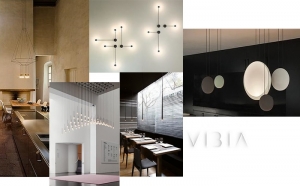 VIBIA made its mission is to develop DESIGN THROUGH LIGHTING and offer us avant-garde unique solutions and timeless design, and along with it professional tools to create interior design scenography.

The bookcase is rich and diverse, divided by category of products, made for indoors and outdoors areas. Moreover, on the official web-site www.vibia.com there is a special area named “The Edit” offering ideas and inspirations for decorating spaces. 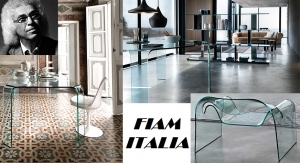 Passion, design, and research, along with the culture of glass, this noble and pure material represent the core values of FIAM company. Founded in 1973 by Vittorio Livi, the goal was to make glass a focal point in the world of design, adding value and prestige to this noble material.

Glass is made of silicon and carbonates, making it the most ecological material that exist, which can be recycled endless times. It is glacial and minimal, but at the same time elegant and technological. FIAM ITALIA saw its potential and embraced its full capacity, masterfully handcrafting at high-temperature and using technological research to create unique, stylish, and technological products, that transforms with elegance and prestige the interior design of our homes. 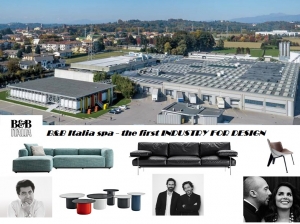 B&B Italia was founded by the Italian visioner and entrepreneur Piero Ambrogio Busnelli in 1966. Today the company is reputed as one of the leading design furniture producers in the world, both for home and contract. It is distinguished by innovative industrial design, great collaborations with the best architects and designers of international fame, creating authentic products, and contributing to the history of Italian design.

Its headquarters are based in Novedrate (Como), north of Milan, and were designed by Renzo Piano and Richard Rogers in 1972. Here the company has created in decades its history based on technology, creativity, and unedited style, bringing “Made in Italy” on international markets. Its products reflect contemporary culture, where products are certified by the quality and made to last over time. A unique union between creativity, innovation, and industrial know-how. 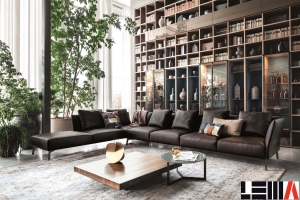 Lema is among the best players worldwide for Made in Italy. It is the expression of a sophisticated and contemporary lifestyle: a place, where design introduces a world away from the chaos and vanity, offering a bright atmosphere, lightweight sensations, and made to offer peace and serenity to its inhabitants.

Design Brands - 10 Things to know about “Kartell. The Culture of Plastics” 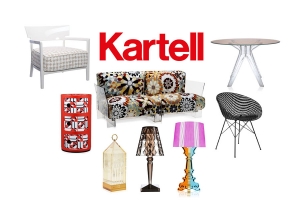 Kartell is one of the names in the world of design loved worldwide! It is associated mainly with two Big Names:

1) The one is PLASTIC. Kartell was the first producer in the world that embraced such an innovative material as plastics and merged it with technology, always carrying a thought for great design, obtaining furnishings for the home with beautiful aesthetics and great functionality, with unique DNA.

2) The talented ANNA CASTELLI FERRIERE, who was among the first women to embrace the profession of architect in Italy, and who became a designer of international fame. In 1949, together with her husband, the engineer Giulio Castelli founded Kartell. She will be the Art Director from its beginning until 1987. Along with Ignazio Gardella, she has designed the building in Naviglio, at the gates of Milano city, where from 1967 until today is the headquarters of Kartell.